Your guide to London

The price of a loft conversion is understandably a crucial factor in deciding whether or not to embark on such a project. At Visionary Lofts we appreciate this, and in this guide, we’ll be discussing the typical costs associated with getting a South London loft conversion, as well as giving you a general idea of what’s involved.

In 2021, the cost of a loft conversions in London is generally between depending on the nature of the design, level of project management, and type of conversion being built.

Aside from the general costs, it’s worth remembering that not every quote is calculated in the same way, and things included by one company might be considered as extras by another. Find out about the potential hidden costs that could trip you up and seriously dent your budget if you don’t plan for them in the following video.

Male: We’ve had 3 quotes already, and we got these guys to quote as well, and what I kind of discovered was that every quote’s different, and so you’re not really ever comparing apples with apples, there’s kind of all kinds of different stuff going on. There were probably 2 companies that were very, kind of, much cheaper, but they were, when you looked through their quote there was the absolute basics, and it was only basically, another company and Visionary were the ones who actually went the extra mile and said, well it’s actually going to cost you this if you want your walls plastered, and you want carpet on the floor, and do you know what I mean? You want the finished project, as opposed to just a shell and then we’re out of here. You fit the bathroom; you do whatever else. They were the kind of, the clearest, in terms of the extra costs in terms of because we’d had the downstairs knocked through, we were going to need a demisting system for the fire regs, and only one other person mentioned it. And that person, basically, the only quote they got was the basic, cheapest model without actually, and when JP looked into it, there was far more to it with the fire regs. So, you’ve got to have, kind of, depending on the set out of your house, it’s anywhere between two grand and ten grand, but he’d actually looked into it and spent a lot of time getting the right quote for us and making sure we knew about that, didn’t he?

Female: He did get us a quote initially, and then I think it was about five grand, and then I think he went off and you know, without even being asked, he came back a couple of weeks later and said: “Actually, I’ve found someone who can do it for cheaper” and actually he could’ve, you know, he wasn’t paying, you know, he could’ve just passed on, we didn’t have a clue, but he actually continued looking for something that was actually cheaper for us. And there were loads of examples of them doing things like that. For example, we needed to have all the doors replaced on the first-floor landing because of the fire regs, to fire doors, and because all the doors were the wrong shape, and uneven sizes in an old house, we were talking at one point having to change the size of the doorframes, which would have been really expensive. And then a couple of weeks later, he came back and said: “Actually, I think what we can do is flip the doors over so they open on the other side, get the standard fire regs doors and just make them look like your Victorian doors, because I was a bit suspicious about how that was going to turn out, but actually it was brilliant, they looked really good. And obviously it was loads cheaper for us and less disruptive because it didn’t mean he had to rip all the doors apart.

Male: But most of this conversation was had before we’d even said yes to them. So, it was like they were going the extra mile, but also flagging ..and I know no one wants to hear about problems, but they were telling you what the problems were and how they were going to fix them, whereas I think, at least 2 of the other guys, it was just literally, we will turn up and we will build a loft and we will disappear and if there’s problems along the way, there’s problems along the way, and you find out as you go, which is what we discovered with other things, so …it was refreshing. Very refreshing.

Female: And we heard that from other people. Yeh. 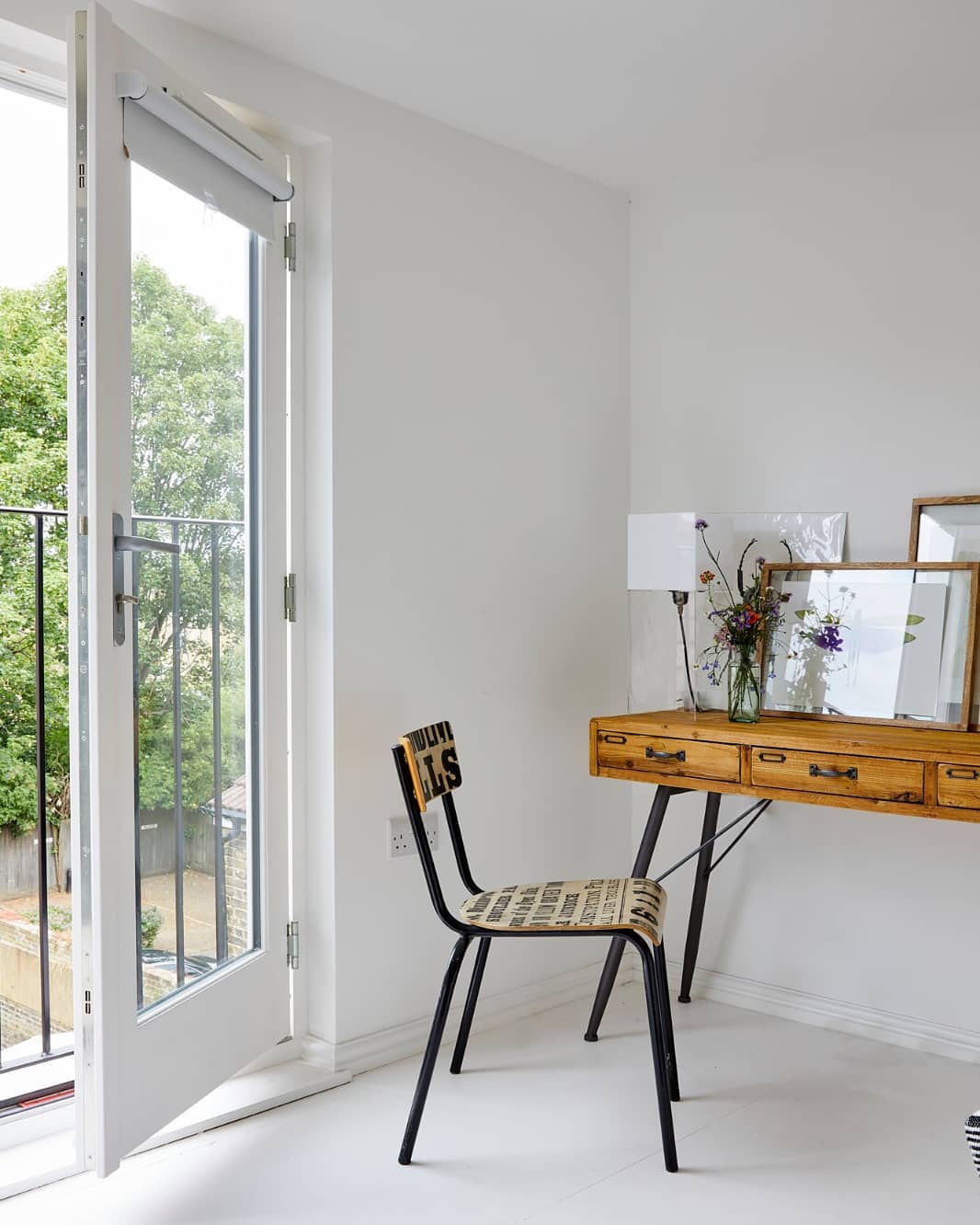 As we said, the type (or style) of loft conversion you have built can affect the costs involved. In our estimates below, we have factored in what we consider to be the ‘core’ costs and are inclusive of VAT. Core costs exclude any tiling, decoration, carpets or other flooring.

You can read about the different styles or types of loft conversions by clicking on the conversion name.

Getting a Visionary Lofts conversion
for your South London property

At Visionary Lofts, we take as much of the guesswork as possible out of the costs for converting your loft space. We achieve this by providing all of our customers with a free initial site visit that includes a survey of your property to obtain all the measurements and aspects of your home and your loft space (access permitting) that enable us to put together a quote.

As with any build work, it’s important to remember that there could be unforeseen incidents or issues that add to the overall costs involved, and we always recommend having a contingency budget in excess of 10% of the total value of your project in place.

Once we’ve quote for the core cost of your loft conversion, we can also provide some quotes for any additional works you’d like us to organise for you. See examples of what some of these costs might be below: 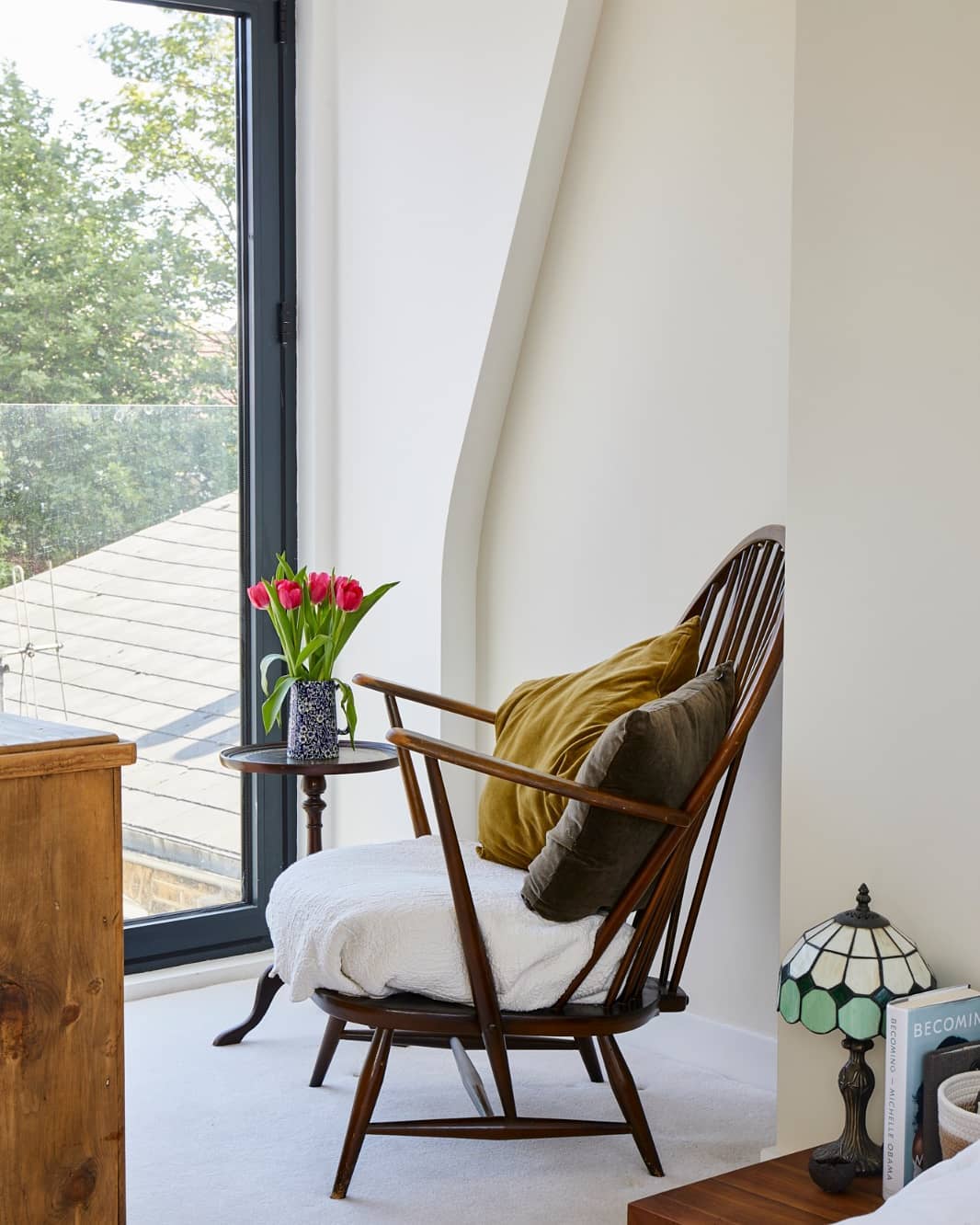 Factors that influence the cost of a loft conversion

In order to determine the average costs involved in building a loft conversion, it’s important to identify and consider the many factors that can affect the overall price. While not all of the factors in the list below will be relevant to everyone, it can pay dividends to do due diligence now so you’re not caught out by unexpected costs.

You might want to investigate whether you own the loft space, or if you need to purchase the loft space from a freeholder or secure permission to carry out the loft conversion.

You might want to think about if you want or need to convert all of your available loft space.

You will need to know if your loft needs to be strengthened or head height added in order to facilitate a loft conversion.

You’ll need to think about if you want extra features, such as skylights, underfloor heating, or a wet room.

You’ll want to find out if the rest of your house complies with fire regulations, or if this needs to be addressed. You may also need to budget for fire doors, alarms and even a sprinkler system!

You’ll need to know and plan how your roof will accessed during construction; accessibility issues will affect the cost of parking, waste removal, materials storage and scaffolding.

8. The Type of Loft Conversion

Finally, you might want to think about who you trust to have working in your home and their level of expertise in managing a loft conversion. A general builder might appear cheaper on paper, but a loft conversion specialist will have the necessary expertise to deliver a quality-built loft conversion that adheres to all the fire and building regulations.

There’s more to a loft conversion project than the costs.

Project management and the ability to deliver to deadlines are two other important factors that you will want to take into consideration when planning your loft conversion.

The timescale of your South London loft conversion can be split into two phases: the first being the initial planning of the project, and the second being the actual time it takes to build it.

Although our timescales below are estimates, we know how useful it can be to have some indication of the duration of any building work. The schedule detailed below is an example of the how long a standard loft conversion can take to complete.

Week 1 will be the preparation stage, which consists of the site set-up any demolition works are carried out. This can also include erecting of any scaffolding and the delivery of a skip if necessary.

By Week 2, the existing roof structure will be stripped out and new structural steel work installed.

During these first weeks, the vast majority of work carried out will be external, and you should experience minimal disruption to your home from the inside.

Over the course of several weeks, construction activity will begin to move to your interior. Access to your roof will be required, and this should allow disruption within your home to be kept to a minimum.

Next, the timber structure, staircase and glazing will be installed. This will be closely followed by any internal stud walls, and the 1st fix for services should be completed by the end of week 6.

During this period, insulation to your loft space and plaster boarding will be installed. Once the plastering is completed, any carpentry and joinery, electrics and plumbing will be finished.

Finally, work on the finishing touches of your loft conversion, such as painting and decorating, tiling and flooring will begin.

At week 12, your loft conversion should be completed and signed off. 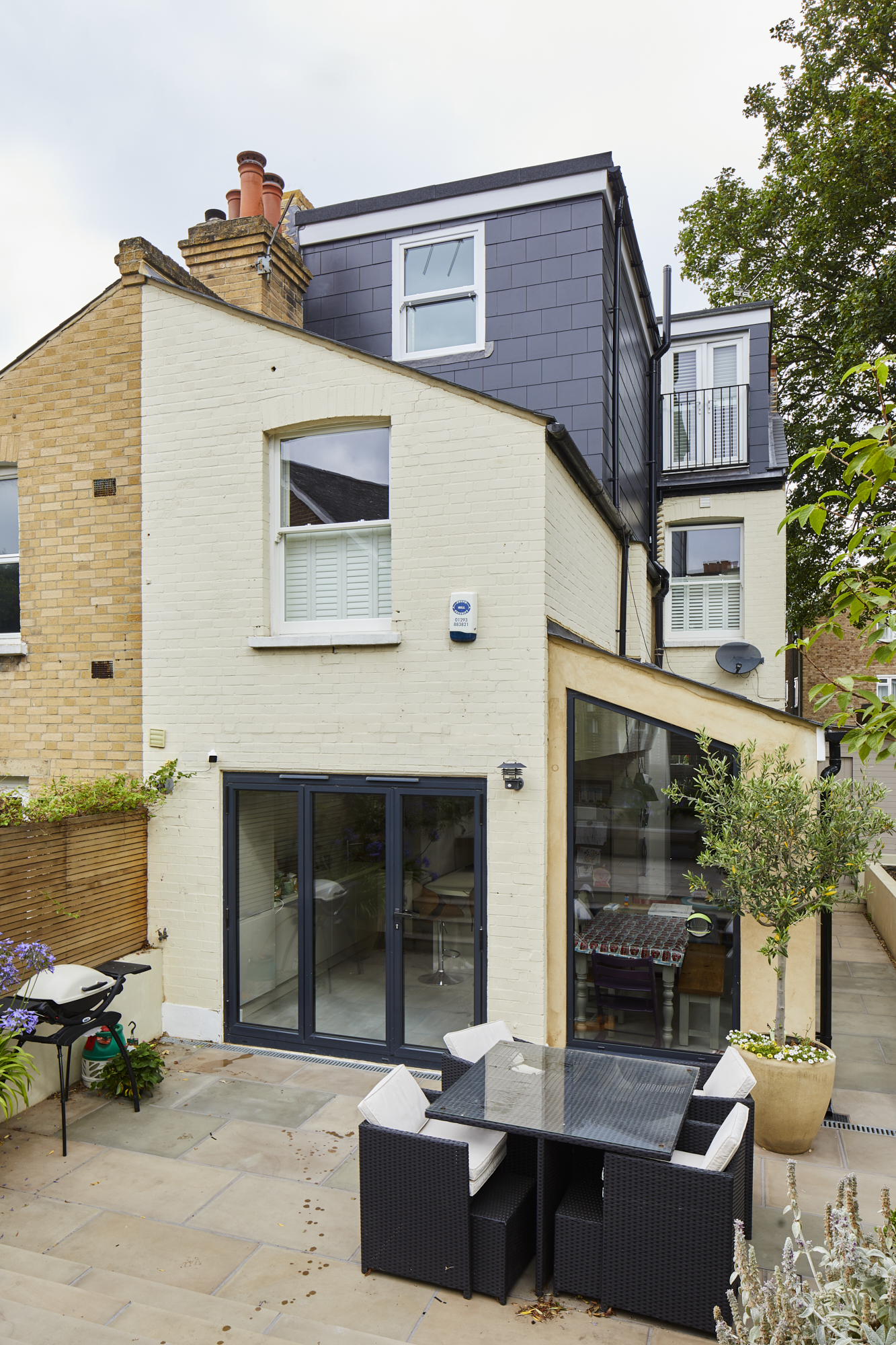 To request a FREE Consultation Appointment please fill out the form below and we will contact you within twenty four hours to book a convenient time.